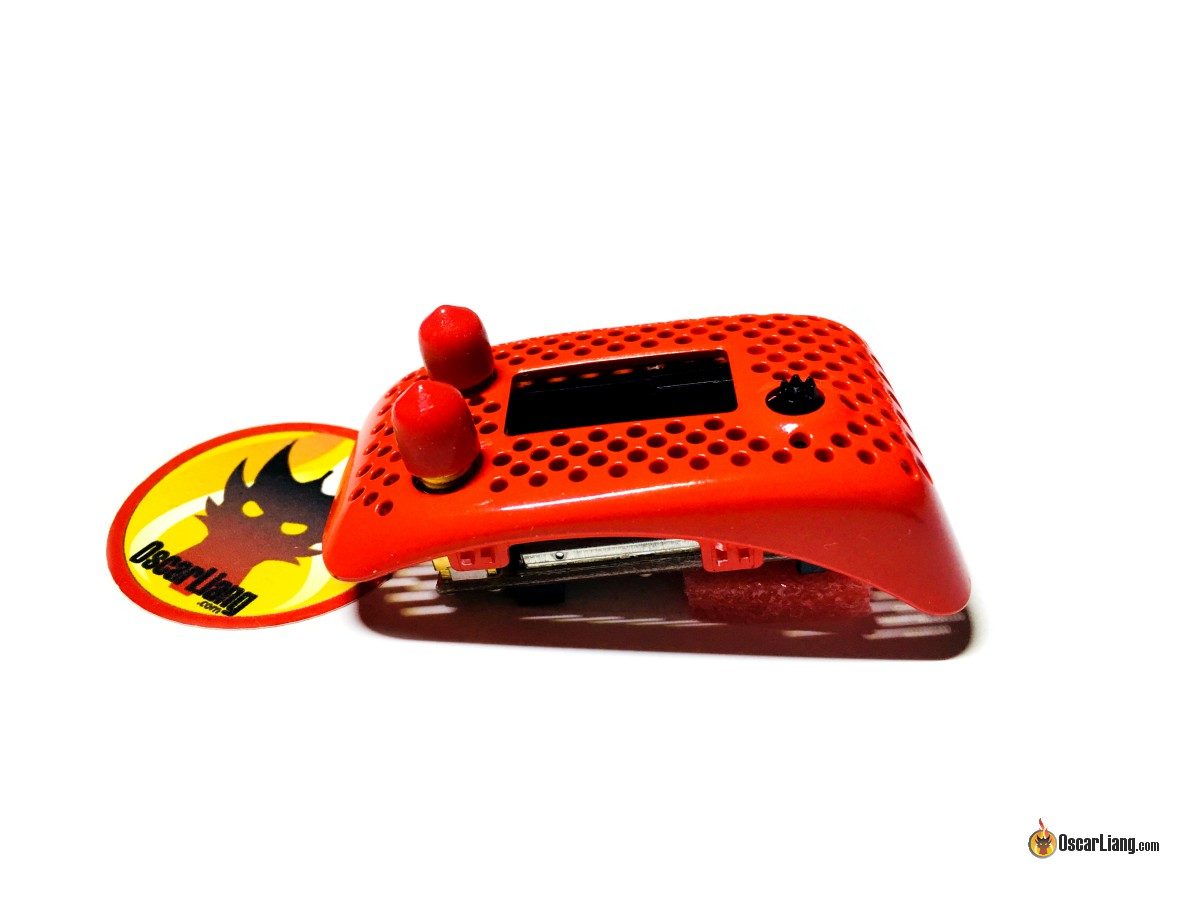 In this ImmersionRC Rapidfire module review, we will go over the features and take a closer look at the build quality.

We will also test it against other popular FPV Goggles receiver module for video quality and performance.

What’s Special about the Rapidfire Module?

The rapidFIRE module by ImmersionRC supports a wide range of Fatshark FPV Goggles.

It’s not the same as traditional diversity. It ‘fuses’ together the images from two 5.8GHz A/V receiver modules into one single image to reduce interference.

In traditional diversity modules, when signal gets too weak, or when the receivers switch, frame tearing and rolling happens. ImmersionRC claims these glitches are eliminated in the RapidFire using noise-detection algorithms.

They used some really big words in their marketing, so I am curious if the actual performance holds up to the claim.

Before showing you the module, I want to show you the performance first.

I had very little interference and breakup in the test, flying through a dense forest. However the other module we compared to was struggling a lot as you can clearly see in the video.

First of all I am amazed by the solid build quality, probably the best I have seen in a while. The unit has two SMA connectors for antennas, a monochrome OLED display, and a 5 position joystick for menu navigation. Note that they only support SMA, not RP-SMA… The video receivers are sandwiched in between two PCB’s, along with the micro USB port on the side for firmware updates through the Vortex configuration app. There is a ribbon cable connector on the back of the module for additional power (for older goggles). The rapidFIRE module is compatible with nearly all of the Fatshark Dominator goggles, including V1, V2, V3, SE, HD1, HD2, HD3, HDO, and Attitude V3 and V4. It actually ships with injection molded module bay doors for both the Dominator and Attitude goggles, so you can rest assured that the module will fit perfectly out of the box.

For the Fatshark HDO, Attitude v3 or v4, it’s as simple as plug and play. The Rapidfire also works with other older Fatshark goggles, e.g. the Dominator HD3, HD2, DomV3, DomV2 etc. But they cannot handle the power requirement by the Rapidfire, which will force it to enter “low power mode” and shuts down one of the two receiver modules.

Fortunately there are solutions for this problem. You can either use the supplied cable to get additional power from the headtracker bay aux power board, or modify the PCB inside the goggle.

I won’t go into detail how to do these since I am using the HDO. Both methods are explained in more detail in this forum thread.

Apart from the excellent performance, here are some of the great features.

Remember the Fatshark Goggles DVR has a bug where it drops frames when signal gets too weak? Well the RapidFire eliminates dropped frames from the FatShark DVR and now you can reliably use it to time races.

You can use the buttons on the FatShark goggles to change channel.

You can turn off one of the two receiver to save power (Single RX mode).

Other key features including spectrum analyzer, favorite channels with live single-channel spectrum display for manual tuning, band scanning and so on.

Let’s Go Through the Menu

The way ImmerisonRC implemented the menu is quite unique. There is no fancy logos or pictures, just simple plain text. It’s responsive and easy to use.

At the home screen you can set your band and channel manually with only a few clicks using the joystick. Left/right to scroll through the bands, up/down to change channels.

Pressing the joystick will enter the menu system. Note that there is no way to exit the menu, if you leave it idle for about 5 seconds it will automatically go back to the home screen. The first two options in the menu are band and channel. You can select band or channel using the joystick. In the top right of the menu, you can see the frequency of the channel you’ve selected. There are 3 options in the Tools menu.

The first one “Spec-An” stands for spectrum analyzer which allows you to scan all the frequencies in a band. It’s useful to see what channels are being used, and what the noise level is across the bands.

The next option “Favorites”, is the place to save your favourite 8 channels (what they call the “X-Band”). You can even save custom frequencies by adjusting 1MHz at a time.

Finally “Calibration” is used to reduce the RSSI difference between the two receivers. But the module is calibrated in factory already so you don’t normally need run it. Check manual for process. The Rapidfire mode is the selling point of this module and where the magic comes from 🙂 It fuses the signals from the two antennas together. Use this mode whenever you can.

Legacy mode disables the fusing of signals, and just switch between the two antennas depends on signal strength. It basically works the same way as other standard diversity module such as the Pro58 and True-D. According to the manual, this mode is there to increase compatibility with FPV cameras of different standards. You can choose to use both antennas for the best performance, or just one of them to save power. To be honest I don’t really find RSSI bars that useful for everyday flying. They fluctuate way too rapidly to give me any useful information. And they take up a good portion of the screen. The best RSSI indication is the video feed you are getting… So is there really a need to display RSSI? The Lock option displays a padlock at the corner when you are getting a solid signal. I don’t get the usefulness of this either…

For now, I just leave OSD option OFF.

In the future, it would be nice to be able to display the whole menu using OSD, so we don’t have to take the goggles down to change settings or channels.

Fantastic performance and build quality. Just check out my comparison video and see for yourself.

Interestingly, many features that are considered “common” in other receiver modules, are excluded in the Rapidfire. Basic stuff like “channel search”, “lost model finder”, or even “menu exit button” are not there.

ImmersionRC only keeps the core features, maybe they are trying to avoid over-complicating things.

Coming from well-established systems like the True-D and Achilles, it took me a while to get used to. But some people might enjoy the simplicity of the Rapidfire because you can just pick it up and start using it 🙂

The rapidFIRE module is great for environments with lots of interference, such as abandoned buildings (bando), garage and stadium.

I have no doubt that the performance will also be great for normal outdoor flying thanks to the superb receiver sensitivity. But the advantage might not be as obvious compared to other cheaper diversity modules.

So I think the decision comes down to what sort of locations you tend to fly, and if the extra video quality is worth it 🙂

I kept being asked if there is any latency with the Rapidfire. I don’t have any scientific data to prove that, but from my flying i didn’t notice any extra latency compared to other modules I use.

As far as I know there is no requirement on what types of antenna you must use with the Rapidfire. It depends on what works best for you.

Some might prefer to run two onmi antennas pointing different angles to cover blind spots, if you don’t intend to fly too far away. This ensure the best possible video signal for short range.

I even see people running 2 patch antennas (or any directional high gain antennas) for long range, covering a wider angle. It also gives them much better penetration ability when flying behind obstacles.

The most common antenna combo would be one directional and one onmi, which I personally prefer. It’s a good balance for most situations.