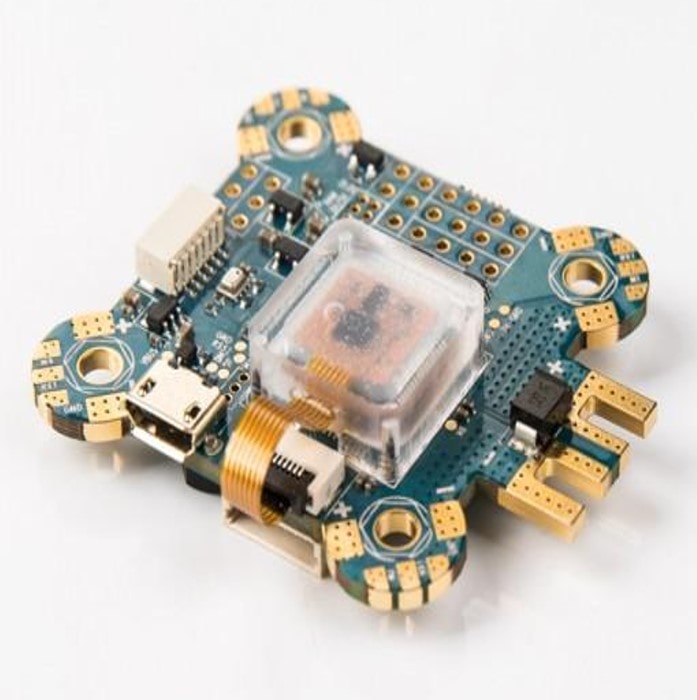 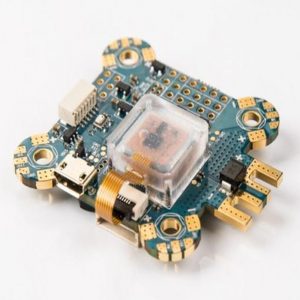 later, the Revo Bee 32 F4 Pro is still working as it did on day one. I was initially concerned with the “infamous” noise issues of the ICM 20608 gyro on these flight controllers, but was instead very pleasantly surprised. The responsive smoothness and ‘locked-in-ness’ of flight is hard to describe and I am not alone experiencing this, it was echoed by a few other fellow flyers. Some may say it is placebo but I am pretty sure with what I felt from flying the same frame but with different FCs.

Not an expert on noise or vibration filtering, but may I venture that the amazing flight handling is probably the way the ICM20608 gyro is employed on the iFlight RevoBee32 F4 Pro; enclosed in an acrylic damping box and with the gyro chip mounted with some clear silicon like material within the damping box instead of just on sticking on exposed foam. The rubber bobbins soft mount and low ESR 1000uf capacitor on the power cable, which I have on all my builds, together with the stiff sturdy TRP KATAK Stretch frame probably helps.

With my doubts of ICM20608 gyros eased, I decided to build up the 5” TRP KATAK Stretch racing frame that has been sitting on my work bench. This time round, except for the FPV components, I decided to use iFlight power train components. 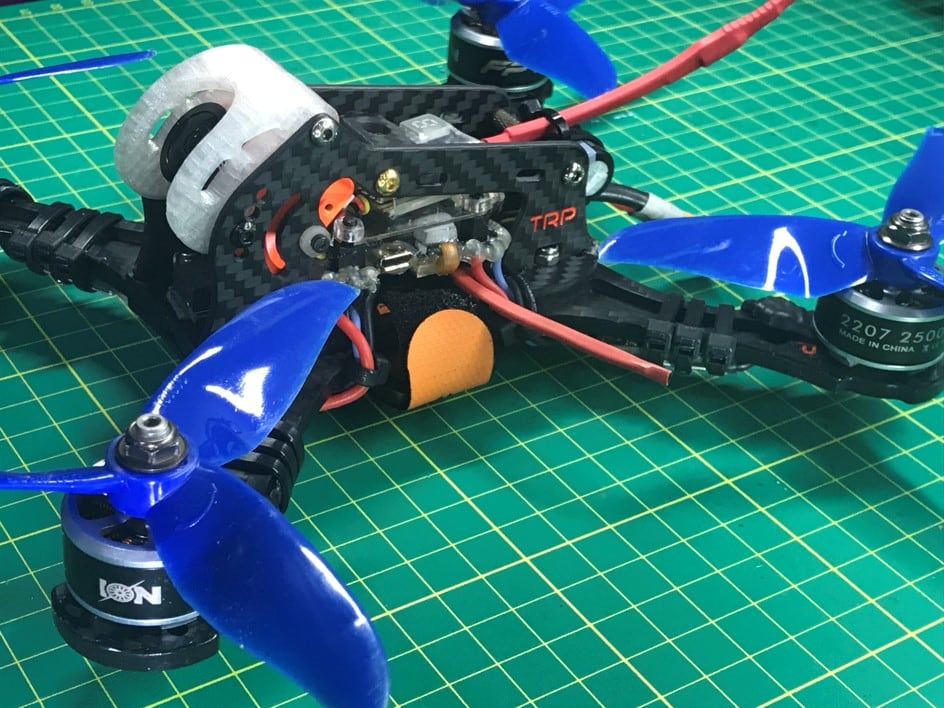 This 5” frame exhibits the same tight flight performance as with the 4” but considerably faster, tighter in turns and minimal propwash, probably due to the props used and the power of the iON Drive motors.  It flies well on Betaflight 3.2 defaults, but I eventually ended with higher P and I gains for an even tighter flight with D gain around 10 below defaults which is my usual settings. However, quite strangely unlike the 4” TRP, this 5” TRP suffers from wobbles and oscillation on Betaflight 3.3RC3 default PIDs, the P gain has to around 12 points BELOW default compared to my usual of about 10 ABOVE defaults, the D gain was also lower than usual.  This “too high” PIDs oscillations on Betaflight 3.3 defaults seem to affect all my of 5” builds with different FCs which is weird. All said, I am really happy with the results; “smoothness and lock-in-ness” coupled with explosive speed and response from the iPeaka BLheli 32 ESCs – iON Drive motors, this TRP KATAK Stretch is now my favourite quad. Honestly for a flyer of not so great skill such as myself it can be a handful but like they say, power is addictive and corrupts logic!

Current filter settings on both quads

Note : these are my settings, not “blackboxed” and may or likely not work for everyone. Be aware of the risk of smoking motors and ESCs when meddling with filters

I had “heavier filtering” on the 4” quad that is running Betaflight 3.3. RC 3 as the bearings on the motors are pretty beat up and was just “meddling” with the stage 2 lowpass which likely is not needed, do note that additional filters will introduce delay.

My Thoughts on REVOBEE32 F4 PRO

To be totally honest, while the flight performance of the iFlight RevoBee32 F4 Pro Flight Controller is amazing and one of the best I came across, it is isn’t all straight forward install, did experience some issues which I listed below.

Despite the few grumblings, in summary, from a performance, quality and price perspective, I like this board. Except for one guy who had a board failed upon first lipo power up, which iFlight’s distributor Total Rotor replaced, I do not know of any other quality issues. Given the flight experience – “smoothness and “locked-in-ness” – I will not hesitate to use it again for future builds or recommend it. The flight performance of my 5” TRP KATAK Stretch build was enough to have another pilot consider an identical setup!