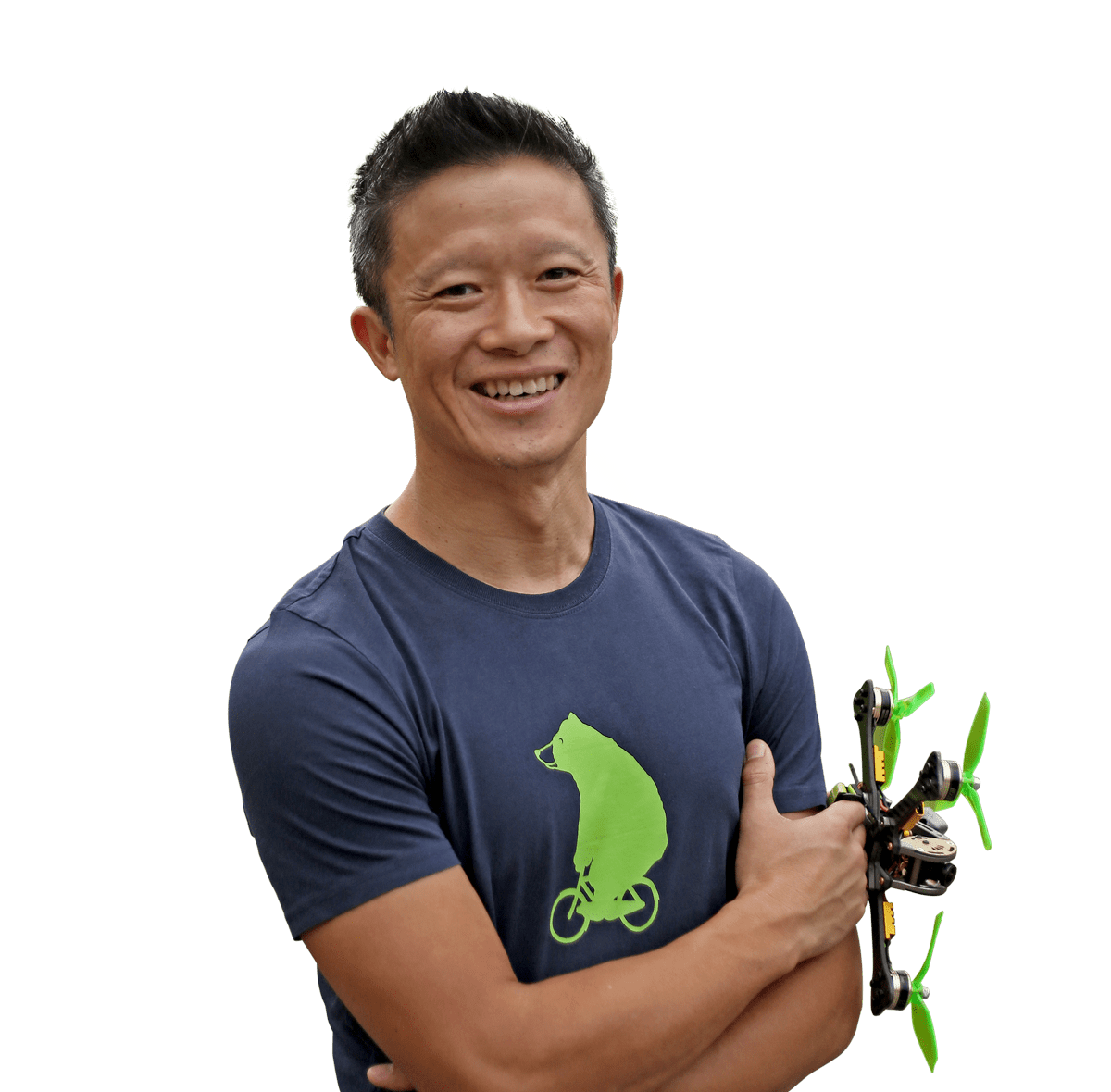 My childhood interests in RC toys had laid dormant for almost 35 years till such a time in my life that big kid in me woke again… and I had the income to afford ALL my RC toys!

Began racing 1/10 electric RC touring cars back in 2013 at a local club in Melbourne, Australia. Good thing about being in such company was we all got into all things RC. Within 2 years a small group of us broke away to dabble in drones.Dabble then became an obsession!

My first drone was what we today call an aerial photography (AP) drone; a Yuneec Q500. It had a full HD video camera on an expensive gimbal and basically flew itself. I discovered I hit my fun level limit soon after.

Enter FPV drones. First FPV flight was when I flew my friends small 4″ FPV drone for the first time using an attached 7″ screen, I was left trembling with adrenaline. I was hooked.

Fast forward 3 years, 10 self built drones (not counting rebuilds), and countless hours of research, flying, crashing, repairing, 2 times reversing polarity in a build and frying all my electronics, testing and watching my FPV heroes on YouTube such as Juz70, Charpu, Mr Steel, Skitzo, Final Glide and Flite Test; and here I am in Singapore with a group of like-minded pioneer FPV pilots, testing our limits as freestylers and drone racers and hopefully, partly shaping the future of this hobby in a small way

To fund this hobby, by day, I am a trade marketing manager for a well-known IT brand. I’m also a father, a husband and a triathlete; busy trying to make time to fly.